Not long until Brimstone, the first book in my new Firewatcher Chronicles series, is in the bookshops.

So you can get your hands on it soon.

In the meantime, here are a few events I have on my dance card.

The new And Then… adventure story anthologies will be launched (there are two hugevolumes) on 5 August at the Rising Sun Hotel in South Melbourne. A whole lot of the authors will be there, including Kerry Greenwood, Sulari Gentill, Alison Goodman and me.

(This is the anthology – Volume 2 – which includes my first ever ‘Boots and the Bushranger’ story).

On 28 August, I’ll be speaking alongside Linda Weste and Ali Alizadeh on History and Fiction, as part of the History Council of Victoria’s ‘Making Public Histories’ seminar series.

Phew. That’ll keep me out of mischief for a couple of weeks, anyway.

I’ll update you soon on events to celebrate the release of Brimstone.

PS Did I mention I’ve just been on holiday in Berlin and Prague? Oh my. So many story ideas. So much fascinating history.

I’ve been on a belated summer holiday, and finally got stuck into some reading.

And the first few books on my reading (or re-reading) pile were some nineteenth century Sensation novels including The Moonstone and The Woman in White, by Wilkie Collins.

Sleepless nights ensued. I am so easily affected by page-turning, pot-boiling, gasp-a-chapter books like these (and that’s why I don’t watch too many thrillers on TV or I’d never sleep at all – I used to get insomnia just from watching The Bill). I’ve also read a whole stack of early detective stories (this is for an upcoming conference paper and article on female detectives in historical fiction), which were fascinating, but not quite so disturbing.

So glad you asked.

Here’s a little snippet of the background section of the paper:

The sensation novels of the 1860s were not framed as historical fiction, but they were, like their Gothic predecessors, often set in an uncanny, out-of-time misty moment where the past – and the secrets of the past – influenced the present. The detective stories of the 1880s and 1890s were intentionally modern. Both genres combined elements of the Gothic novel with contemporary realism, presented new approaches to their female characters, and have been enormously influential in mystery, thriller and historical fiction ever since. […]

Early mysteries often unfold so slowly that the crime itself is not committed until well into the plot, and in some cases revenge rather than detection is the goal after discovery. ‘The mystery,’ Patrick Brantlinger suggests, ‘acts like a story which the narrator refuses or has forgotten how to tell’ (1982, p 18). The stories are often told through the eyes of someone other than the protagonist – Doctor Watson being the most famous. Sensation novels such as The Woman in White feature a constantly changing narrative voice, as legal advisors, butlers and housekeepers, apparently objective or clearly biased observers, even the sleuth herself, take on the role of unravelling or bearing witness to a complex web of clues and disasters.

There is a crime or scandal of some kind, and often several layers of secrets which threaten or act as motive – a stolen letter or jewel, a confusion of identities, someone incarcerated or kidnapped or thought missing but returned. The secret or scandal motif is particularly common in the sensation novel, a phenomenon that flourished briefly in the late nineteenth-century, and drove millions of readers crazy waiting for the next serialised episode or melodramatic chapter – for Australian readers, books like Bleak House were ‘despatched at intervals from England, arriving on faraway docks with the expectation that they would be seized by feverish readers, burning with curiosity about the fate of their favourite characters’ (Martin & Mirmohamadi 2011, p 37 ). 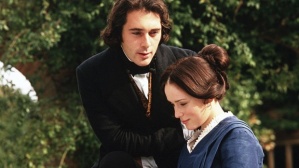 Still from 1996 TV adaptation of ‘The Moonstone’

Why are they sensational?

If you’ve ever read one, you’d know – whether the 1860s originals or some of their descendants such as Sarah Waters’ Fingersmith? They can be, quite simply, excruciating – sometimes in the knowledge of a character’s depravity or deceit, while the heroine remains oblivious; sometimes because the suspense is so acute and masterful, engendering a miserable pleasure in the agony.

Sometimes it’s the full Gothic experience: entrapment, menace, isolation in a country house, dark secrets to be uncovered, the possibility of the supernatural or the uncanny (usually proven to be quite human and explicable), the irrational, the sublime, the subversive. There’s that sense that familiar boundaries – of humanity, of the law, of fiction, of the psyche – are being transgressed, that what is hidden and possibly unmentionable is about to be revealed. But not quite yet.

We fear for the innocence or the safety of the heroine – she will survive, we feel fairly sure, but at what cost? The mystery eludes us. The characters appal. In the later historical novels, particularly when the author is trying for a sense of heightened affect, you desperately want it to end so you feel the mystery has been solved, but also you don’t ever want it to be over, because once you know what happens in the end, something is lost.

The first time I read Fingersmith, for example, Waters lulled me into false sense of security – although aware it was a reimagining of The Woman in White, I had no idea such fiendish twists awaited me, and was happily revelling in its neo-Victorian ventriloquism. Until … gasp!

Mrs Sucksby acting innocent in the 2005 TV adaptation of ‘Fingersmith’

I can’t say any more because spoilers. Also I have to get back to reading my book. It’s sensational!

If you write or read historical fiction, here’s the conference for you.

The Historical Novel Society’s Australasian branch is holding the first ever historical novel conference in Sydney in March.

YA and children’s historical novelists include Pam Rushby, Sophie Masson, Felicity Pulman and Goldie Alexander. And me.

I attended the Society’s conference in London last year and it was wonderful to be in a room filled with people who love and understand your genre. So do come along if you can.

It’s on 20 – 22 March 2015, with the opening night debate (which I’m chairing) at the State Library of NSW and the day programs at the Balmain Town Hall.

All the details and program are on the HNSA website.

The lovely Alison Croggon launched Goddess last week at Readings in Carlton (thanks, team!). She talked about La Maupin’s life, said some lovely things about the book, and I was honoured to have her do so.

I had a few words to say too, and here they are (more or less):

This is actually a sad occasion for me. I’ve spent the last five years with Julie’s voice clamouring in my head, drowning out everything else. It’s possible she has driven me just a little mad.

I feel in some ways like the character of the priest who takes her final confession, unable to get a word in edgewise and scribbling down every word.

If only it were that simple.

This has also been the most challenging writing project I’ve ever undertaken – I’ve spent years figuring out complex French aristocratic family trees and the architecture of long lost opera theatres, researching everything from sword hilts to undergarments. I am pretty sure I have compiled the most complete history of La Maupin’s performances and have unravelled some complex relationships taken for granted by contemporary diarists and ignored ever since. I spent hours in the Opera branch of the BnF in Paris, possibly holding my breath the entire time, as I leafed through a small volume of d’Albert’s letters to his beloved Julie-Emilie. I have watched women on horseback brandishing swords drill in the same stables at Versailles in which, I think, she grew up and I have gazed up at the ceilings in the chateau that she would have seen, painted with goddesses also brandishing swords.

And I have watched as every week – every day – someone somewhere in the world discovers her story and posts on Twitter or tumblr: “Why is there not a book about this woman?” Again I held my breath and hoped that Goddess would be the first – or rather the next.

Because Julie d’Aubigny has been in and out of favour across the centuries, incredibly famous in her lifetime and again in the 19th century – and, I hope, now. There have been books, movies, plays, ballets, a TV series, even a skateboard design. Her life has been embroidered and dismissed and she has been vilified and deified and everything in between. But I don’t think there is another portrayal like this one.

It has been all-consuming but it’s over now. Today Susannah and I rearranged my writing room. That might sound odd, but the writers here will know what a big thing that is. I am clearing the decks. Today felt like the right day to do that.

I had to find room on other bookshelves in other rooms for the numerous volumes on Baroque opera and the court of the Sun King. The 17th century has to make way on the shelves and in my head for the Great War, and for new voices whispering in my ear.

So I hand Julie over to you. I hope I’ve done her justice, and I hope you like reading about her.

Thanks to the many people who supported me, in particular Susannah Walker to whom the book is dedicated with love. This was the creative component of a PhD project and I’d particularly like to acknowledge the community of writers I discovered at La Trobe University, and the support of my supervisors Catherine Padmore, Paul Salzman and Lucy Sussex, and the writing friends I found there – Paddy O’Reilly and Fran Cusworth.

Thanks to HarperCollins for making Goddess a beautiful artifact – very important for someone who’s written two books on the history of printing – and especially to publisher Catherine Milne for knowing exactly what I was getting at.

I think it’s only right that Julie gets the last word.

Are you writing this down? All of it? Very good. It’s about time somebody did. Here, nobody listens to a word I say. Perhaps they think I’m making it up. But I couldn’t. Nobody could – not this life. It is known throughout Europe, if I say so myself. The duels, the stardom, the Opera triumphs, all the escapades. The escapes. You can read about me in the pamphlets, any day, on the streets of Paris.
Or at least you could – then.
I was a star once. Did they tell you that? I was a goddess.
Or am I just another sinner to you?
I was a monster, once. That was my real sin. That was my downfall.
Well, shut up and I’ll tell you.

Goddess is out now, on all ebook platforms and in good bookshops.

Here are a couple of Melbourne events to celebrate the release of my new novel, Goddess.

26 June is the official launch of the book by the lovely Alison Croggon. It’s at Readings Bookshop, Lygon Street Carlton, at 6.30pm.

The very next evening, I’ll be reading from the book as part of a sensational line-up at Hares & Hyenas, Melbourne’s queer bookshop,  in Fitzroy. Maxine Beneba Clarke and Michelle Dicinoski will read from their work too, and then we’ll all have a discussion with MC Kath Duncan about writing and reading and whatever comes up. Should be fabulous. That’s on 27 June and you can book for that here.

Hope to see you soon!