One of the questions asked most often about Act of Faith concerns the likelihood of romance between the characters Willem and Isabella (the heroine of the piece).

I’m not going to tell you exactly what happens in the book, nor what happens in the next one. Instead, I’m thinking about expectations of romance in historical fiction for young women. It’s something I’ve pondered a great deal and have chosen to treat quite specifically.

But first a story.
When HarperCollins first accepted Act of Faith, we went out for The Lunch to have a chat about it. I should say right now that I was never asked to write it as a romance. Instead, I got this very sensible advice:
“It doesn’t matter what you do, people will read romance into it, so you may as well make Willem worthy of Isabella, just in case.”

I get that.
I have, personally, never quite recovered from Teddy marrying Amy March and Jo ending up with the boring old Professor, and it’s only been about forty years since I first read Little Women. I may get over it one day. Because – and I know exactly how this feels – you can read ANYTHING and imagine romance into it. Or whatever you want into it. That’s a good thing.
I hope that in my writing I leave room for readers to use their own imaginations, to wonder what they would do, how that would feel, how things might look or taste or be, without being told.

But back to the story. At that point, before the final redraft, I must admit that Willem was a pretty gormless young chap, and my sensible publishers didn’t want the lovely Isabella to be projected into any kind of romance with a drip like him. So Willem got rewritten to be a bit more likeable and – I hope – actually a bit more convincing as the zealous young Protestant stuck in a changing world he doesn’t really understand.

All good. Everyone liked Willem more, including me, and off we went.

Then it came to writing the blurb: “Isabella finds work with an elderly printer, Master de Aquila, and his enigmatic young assistant, Willem.”

Well. Yes, Willem is a little puzzling. He does have a secret. He is mysterious. But is he enigmatic? We wavered about that. We went back and forth, wondering if we should change it. But to be honest, there really aren’t too many other words for enigmatic. So enigmatic it is.

And the cover is gorgeous, glamorous, historical and there is pink on it.

Pan out a little to the broader market. People expect romance in historical fiction – perhaps in all fiction. Let’s unpack that a little.

There is some very fine historical romance, and although historical and romance are not the same genre, it’s easy to see how they become conflated with each other (thanks for that, Phillipa Gregory). The two also get confused in our minds with novels that we read as historical now, although at the time they were written as contemporary fiction. If there are long swishy frocks, it must be a kissing book. Right?

That expectation has changed, somehow, in my reading lifetime and with the advent of historical fiction and YA as genres – and indeed as publishing phenomena. Maybe I’m slow to catch up. One of my writing heroines is Rosemary Sutcliff (it shows, I know) whose books were always historical – sometimes there was romance and sometimes not, depending on the demands of the plot and characters. Some stories lend themselves to romance, some don’t. Some require it. But not all.

So then I was sick in bed and watching Pride and Prejudice on DVD (as I usually do when I’m sick) and realised that of course there is another word for enigmatic: Mr Darcy. 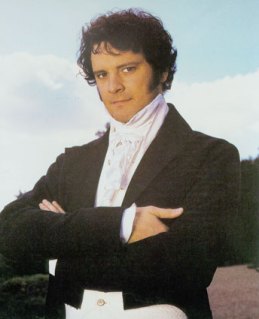 Doh! Enigmatic is code for ‘mysterious, handsome and romantic stranger’. For Willoughby. For Heathcliff. For Mr Rochester. For a young Colin Firth in anything but a hand-knitted Christmas pullover.

That’s not what Willem is. Bless his little clogs.

He is, no matter what might happen between them in the future, Isabella’s friend.  Her first ever real friend of her own age. What a miracle that is for her. She has been surrounded her whole life by older men who admired her intellect, or younger men who thought she was a freak.

That doesn’t mean there will never be any romance in Isabella’s life or in the sequel. God knows the poor thing could do with a cuddle.

Please don’t get me wrong. I could read about Mr Darcy and Mr Rochester over and over – and I do. I read as much Georgette Heyer as Rosemary Sutcliff when I was 12 or so.

But in Act of Faith I wanted to do something else. After all, there are millions of books in which a young woman meets an enigmatic young man. In many – but by no means all – of them, straight romance is the thing that ends up defining both characters and the book, and as a result, other plot and character developments are subsumed into the overarching romance narrative. It often also means that the male characters can end up being less defined than we might wish.

Young women protagonists deserve lovely romances of diverse and wondrous kinds, but it doesn’t have to be what makes them who they are.

Nor have I ever been convinced about the old Hermione/Ron model, in which the brilliant young woman adores the less spectacular but worthy hidden qualities of the sturdy young man.

Rubbish. She’d be bored to death within months.

Or perhaps I should have had Isabella run off into the sunset with Signora Contarini? Now that would put the cat amongst the San Marco pigeons.