On a recent school visit, the teachers asked me to talk a bit about book reviews. Good timing, because I’ve been thinking a lot lately about the way the reviewing world has changed with so many peer-to-peer recommendation sites and a gazillion book blogs.
I love book blogs: this started out as one, in a way, many years ago. There are reviewers on blogs who are so perceptive about books, they astonish me; some who write beautifully; others who may do so one day, or who write perfectly good thoughtful pieces; others who write as fans – especially in genre – and unashamedly so.
Good on ’em all, I say.
Sites such as Good Reads, Library Thing and inside a dog* make it possible for all of us to share our thoughts on books we’ve read as, increasingly, do online library catalogues and book stores.
There are dangers, sure, and the occasional scandal, but the more the merrier.
Communities of book lovers, talking about books. What could possibly go wrong?
Well, nothing much, really.
But there is one thing I’ve noticed over and over again in discussions about books on Good Reads and facebook and various blogs: people really hate it when the book doesn’t turn out how they expect. It makes them furious.
They equate this with failure – the plot doesn’t unfold the way they imagined therefore the book sucks. And they will often take it out on the author, either through reviews, or more directly in a chat or forum, in a tone that can make your hair curl right up and slide off your head.
I’ve never been in that position myself but I hate to think what it does to an author.
Let’s take a famous example: the death of the beloved Dumbledore at the end of Harry Potter and the Half-Blood Prince. 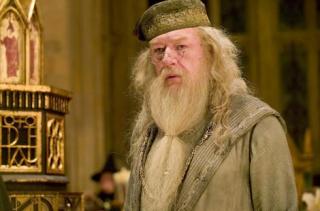 The world was shocked. The death of “a major character” had been foreshadowed by JK Rowling prior to the book’s release and it was even in all the media, but Dumbledore’s death led to an outcry. Readers believed he wasn’t really dead, and would reappear like Gandalf (of course he does, but he’s still dead). As was usual in the Potterverse, complex theories were developed to explain it, dead or alive, and the discussion continues to this day.
But Rowling as the author was always quite clear, and why wouldn’t she be? Apart from the fact that it’s her book world and she can do whatever she likes, there were myriad plot twists wrapped around the death and, most critical, Harry’s character development and quest (and Hermione’s too)  required it.
That’s not how many fans saw it: they saw it as a betrayal, as a failure of the logic they had established for themselves, as a mistake.
They have invested so much in the story – what a wonderful thing! But what else is going on there? We all love to have a theory about what will happen next. Part of the fun of online discussion of books, film and TV is that very element.
I reckon part of it, too, is the expectation that there will be happy endings. That there will be romance, and everyone will live happily ever after.
Sometimes that does happen. In life, and in art. But other things happen too – people disconnect from one another accidentally, or never connect; they argue about stupid things; they annoy you; they get scared when they should be brave; they falter and bicker and fall out of love and die.
I remember well the shriek that went around the cinema when I was a kid watching Doctor Zhivago at the Anglesea Luxury Cinema and Lara DIDN’T TURN AROUND AND OMAR SHARIF WAS RUNNING AND THEN HE CLUTCHED HIS CHEST AND OH MY GOD AND SHE NEVER KNEW!
I nearly spat my Marella Jube into the hair of the person in front.

So if you feel betrayed by an author or a film-maker when that happens in your favourite book or series, don’t take it out on them or the work they’ve created.
What it means is that they have created a world so engaging that we, as readers, are lost in it. We are annoyed because the author wants us to be annoyed, upset because that person we loved is gone and we just don’t know what will happen next.
And that’s a good thing. Right?

*Disclosure: I work with inside a dog as part of my day job, but these comments are my own.