Just finished my beach holiday.
These are the books I took with me to read:
– The Boat (Nam Le)
– D-Day (Antony Beevor)
– The Great War and Modern Memory (Paul Fussell)

This is what I actually read:
– Who Weekly
– Famous
– Old copies of the English Country Living (again)
– The Sensuous Gardener, by my new hero Monty Don (again)
– Elizabeth Jane Howard’s memoir, Slipstream (vague and disappointingly light)
– Enigma (Robert Harris)
– When Eight Bells Toll (or something like that) and Where Eagles Dare (Alistair MacLean)
– An entire Desmond Bagley omnibus some of which wasn’t very good
I nearly even read a Clive Cussler but my partner sent me off to the newsagents for alternatives just in time, including a rather annoying Alexander Fullerton WW2 resistance thriller the name of which escapes (pardon the pun) me already.

I never do that. I usually spend my holiday reading time catching up on the pile by my bedside that never seems to get any smaller. And I certainly don’t spend the whole summer reading things especially designed to be read quickly and compulsively. God, it was fun.

Anyway, I was halfway through the first Alistair MacLean and realised: I should write thrillers. Never mind this literary fiction bollocks.

That lasted a day, with all sorts of life-changing decisions being made, until I finally remembered: I already do write thrillers; it’s just that I write them for kids (it took a while to figure that out, I know, but I was very relaxed at the time).

But when I think about writing for adults, I get into this head space where I have to have Big Ideas. And convey Important Truths. Or some nonsense.

As if the ideas in my kids books (slavery, colonialism, violence, friendship, community, self-identify) aren’t Big.

So after that false alarm, mixed in as it was with other major decisions about what to eat next and what time to go to the beach, I plotted out my next thriller. It’s got boats, and spies, and danger, and late night death-defying escapes, and confrontations at gunpoint.
Just like Alistair MacLean.
And me.

One thought on “The thrill of it all” 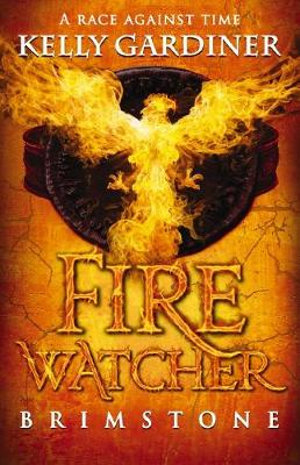